Notepad++ is a text editor replacement that's designed to work with a large number of different programming languages. It features automatic field tag and syntax highlighting, which can make long blocks of code much easier to read. Since it supports all of the same basic keyboard shortcuts that PC users expect, it shouldn't be hard to get up to speed with it either.

Granted, the learning curve is admittedly much higher than what one might expect from a text editor. Notepad++ features a number of different menus are supposed to help users who want to customize everything from the color scheme to the way that it detects different types of programming code. That being said, this functionality has made it extremely popular with those who dedicate themselves to glancing through all of its various features.

Perhaps most important is the fact that Notepad++ is one of the few text editors that allow users to see and edit line endings. It can save files with line feed or carriage return characters, and it opens files saved with any of the three primary combinations that you're likely to come across. That's made it a good choice for those who need to share files between different platforms.

Basic search and replace functionality is included, though Notepad++ also supports regular expressions to a degree. That makes it easy to swap out entire lines of text using just a few keystrokes. Power users who have to edit CSV files will make heavy use of this feature.

Others will like the clean interface, which is designed to look like a traditional notepad application. While it does allow color and typeface optimization, Notepad++ doesn't try to put a skin on top of the standard windowing decorations. That makes it relatively lightweight, especially as far as program editors go.

Chances are that a majority of users will find native feature set more than sufficient. However, there are countless plugins available if you find that Notepad++ lacks something you need for a specific niche use case. By combining the general look and feel of an IDE with the ability to compare two different text files at the same time, Notepad++ provides more than enough functionality to help users manage even relatively complicated editing tasks.

Those who find that they don't like one of the app's features might not even have to rely on an external plugin. Notepad++ allows users to record macros, but does so in a way that's conscious of the security problems inherent in automation. Since a single user can only create and run their own macros, there's usually no major security risk, thus users can automate their workflows with confidence.

Though it might take a little while to get used to, this will be time well spent considering just how flexible Notepad++ can be. 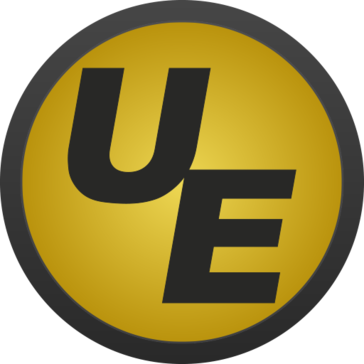