GroupMe is a multimedia messaging app that enables users to communicate with more than one person at a time. It's able to process a virtually unlimited number of messages simultaneously, which makes it a perfect option for those who have to send a lot of texts on a regular basis. Since GroupMe works over a standard IP connection, it should prove attractive to those who'd prefer to text over WiFi in order to reduce their mobile data usage.

Chat rooms built into GroupMe can be as large as 500 different people, and individual users can be involved with as many rooms as they want. Creating a new group is as easy as adding people from a list or sending out an invite. You could even clone a list of contacts to further streamline the process of connecting with a large number of people at the same time. These limits should prove more than generous enough for most work-related tasks.

Online roleplay organizations and gamers should also find that they can keep in touch efficiently by creating a new room for each one of their special interests. Individuals who are members of active groups can turn notifications for those groups on and off, so they'll always know when they get a message sent to them. All notifications can also be disabled as well, which is useful for those who are in a number of popular groups and don't want to get pestered with updates all the time.

Social media aficionados can connect GroupMe to their Facebook or Twitter accounts for an easier sign-in process. Those who aren't can still enable the app to search through their existing list of contacts so that they won't have to enter these in by hand later on. If you already have a number of friends on GroupMe, then the app will automatically find them and ask you to add them to an active group.

Every room is given an individual label and assigned a number, which identifies it apart from all of the other rooms on GroupMe. As soon as these identifiers are put in place, GroupMe will allow users to share photos and videos as well as text messages. You can also update your location and create events, which has helped position GroupMe as a great choice for those who need a virtual springboard to help them plan real-life get-togethers.

Various emoji packs come standard with GroupMe, and you can even install extra ones if you find the defaults to be less than inspiring. That gives you much more freedom when it comes to customization than you'd normally find in a chat app. Tech-savvy users even have the freedom to change around some of the UI elements if they so wish. 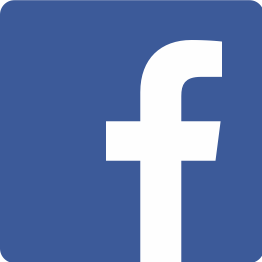