Insurgency (INS) is a total conversion mod for Valve Software's Half-Life 2, powered by the Source Engine. INS immerses the player in an intense online combat experience. Set on the modern battlefields, Insurgency simulates infantry combat that encourages the use of teamwork and tactics to close with and destroy the enemy.

Please make sure you completely delete previous versions of Insurgency before installing the new client.

* Fixed: players spawning inside other players (generally AFK) and being killed instantly.

* Fixed: players getting stuck when throwing a grenade when prone on certain locations.

* Shotgun pellet damage has been reduced.

* Shotgun penetration has been fixed.

* It is now possible to mute other players - new option available in game menu.

* Fixed: Scoreboard not showing all the players in the server.

* A bug affecting some classes loadouts has been fixed.

* The in-game voice notification panel will now show the correct colors (blue or red depending on the team).

* Random sound effects that could be heard while tweaking the options menu have been addressed.

* Fixed a number of known client and server crashes after collecting minidumps from the community.

* The Shader Effects Update patch will no longer be necessary.

- Made all physics props static to prevent stuck issues.

- B objective no longer extends to the elevator shaft.

- Added a ladder to the top of conveyor belt in the mine building.

- Fixed an issue with scope zooms.

- Added a extra way over the wall for USMC between their spawn and the school building.

- Decreased the size of B objective capture zone by half, cut on the insurgent side.

- Fixed narrow path not letting more than 1 player go through near the initial INS spawn.

* USMC voices have been reverted to the previous version (2.0 voices).

* Insurgent voices have been updated.

* Weapon sounds have been improved.

These are the official server files for Insurgency, the... 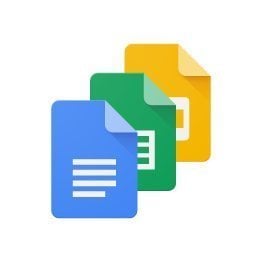