With Audio CD Burner you can create your own custom music CDs that can be played in any standard home or car stereo. With Audio CD Burner, you can choose to burn 74 or 80-minute audio CDs on either 74 or 80-minute CD-R/RW discs. Just drag and drop the songs you want onto the main screen, hit the record button, and in a short time you will have a custom CD! Audio CD Burner work with most popular audio formats: MPEG Layer 3 (MP3), Ogg Vorbis (OGG) and WAV. There is no need to convert to WAV! Your CD is burned directly saving your hard drive space. Audio CD Burner supports majority of IDE CD-RW drives assembled in 2001 year or later, if its burn speed is more than 8x.

Writes MP3, OGG and other audio files On-the-Fly as an audio disc.

Supports use of high write speeds and HSCD-RW(10x-12x).

Auto-Detection of not tested drives (from 16x speed recorders).

Creates detailed logs of the burning process in the system directory.

Write Audio CDs, which can be played in all CD players - at home or in the car.

Copy DVDs with a DVD burner, Back up your DVD movies to... 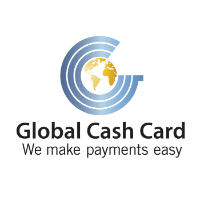 A digital platform for HR leaders to manage payroll, employee benefits, and recruitment