Boba Fett, the most feared bounty hunter of the Star Wars universe, is loose in Quake 2, and you've got a price on your head. Modeled in his infamous weapon-laden Mandalorian battle armor.

Unzip all files to quake2\baseq2\players\bobafett

You must name this directory "bobafett" for this to work properly

Select bobafett as the model under the player setup menu, then

select the skin you wish to use.

note: you must not have any stray files in your quake2\baseq2\players\

directory!!! There should be no files, just subdirectories. Any

stray files in here could cause plugin player models to not work.

I've always wanted to be Boba Fett in every 3d game I've played.

I started with Boba Fett player sprites in Doom and Doom II, made

model made from scratch.

I'm as big an accuracy freak as anyone on this subject. I made 3

different skins depicting the 3 major variations of the Boba Fett

costume, each with accurate variations in color, markings, and damage.

ROTJ_Fett - Fett as he appeared in Return of the Jedi, w/ 2 red

ESB_Fett - Fett as he appeared in The Empire Strikes Back, with green/

(many of the publicity photos that were released were this variation,

which was used as the basis for the original toys), with red and yellow

yet), and overall brightly colored.

On the other hand, limitations of poly count and skin resolution forced

me to make a few minor omissions, most noteworthy the lack of wookie

scalp braids hanging from the shoulder.

various costume stages anyway). I used the weapon.md2 for the weapon

blasts, jetpack blasts (used on the jump), and for Boba's head (exposed

on the taunt sequence). I took some liberty with Boba's head, and

The other 2 skins are CTF skins, for use with Threewave CTF for Quake2.

I decided not to do sounds, since the default male sounds will suffice,

but a custom sound or two, perhaps for the jetpack jump, would be nice.

Anybody who wants to have a try at it, please send me what you come up

Any questions, just drop me an email at:

Any questions, just drop me an email: [email protected]

Alien from the films...

Robot is a character that is based on the robot... 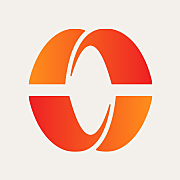