Released by Lionhead Studios, this is the first patch for Black & White 2 fixing a few issues that were found after shipping the game to the manufacturer as well as balancing tweaks. Read below for more information.

This patch addresses a few issues that were found after shipping the game to the manufacturer, as well as a few balancing tweaks that we feel really improve the Gameplay in the Lands. The exact changes, along with the known issues and installation procedure, can be found in the 'ReadMe' with the patch.

A known issue with this patch is with the save system. Save games from the retail version of Black & White 2 (i.e. Version 1.0), are not compatible with the v1.1 patch. If you have old save games, it is recommended that they are removed from your 'My Documents'->'Black & White 2'->'Profiles' folder before starting a new game with the patch. This will then prevent any conflicting problems between the two sets of save games. The above procedure isn't vital, it is just advised. The patch is not vital either.

To install Version 1.1 of Black & White® 2 you will need a full copy of the game installed onto your machine.

Double click the Black & White® 2 Patch 1-1.exe. This will launch an installer that will patch your version to the latest version of Black and White 2, version 1.1.

B. Fixes included in this Patch

- Fixed a Technical Hang on Land 3 when trying to create disciples after killing off your population.

- Fixed the command function which cycles through platoon units to not include enemy units.

- Fixed a crash involving creature/tree interaction when the tree had no town status.

- Fixed a creature issue which could stop the paternity suit or seven samurai challenges.

- Fixed a statistics error, after a save/load, with the number of soldiers and archers reported in a town.

- Fixed an issue involving the height at which archer's fire from walls.

- Fixed a crash involving walls where a new section of wall from a previously destroyed one could be created.

- Fixed a crash when deconstructing a wall while placing a gatehouse.

- Fixed a restarting land issue when the creature would sometimes change if the profile has save games of different creatures in it.

- Fixed a bug where evil embellishments couldn't be built if you are a good God.

- Fixed a bug where Alignment could go above 100%.

- Fixed a graphical issue when adding a layer to a damaged skyscraper.

- Fixed a statistics error with Towns displaying 0 impressiveness needed to migrate when they cannot migrate.

- Fixed a graphical bug causing the shoreline visuals to vanish.

- Fixed a graphical bug where the Ape does not morph alignment correctly.

- Added an option to skip the initial advisor speech on Land 1 by pressing the Escape key - this will take you directly to the Creature selection.

- Added a silver scroll after the creature selection screen to skip the movement tutorials.

2. As mentioned in the original readme, certain USB headsets may cause issues if they are disconnected during gameplay. This is still the case. To avoid any crashes of the game, please save and quit before removing them.

Clash of Clans is a popular builder and strategy game that...

Purble Place is a fun collection of simple yet enjoyable...

Brawl Stars is a free-to-play game.... 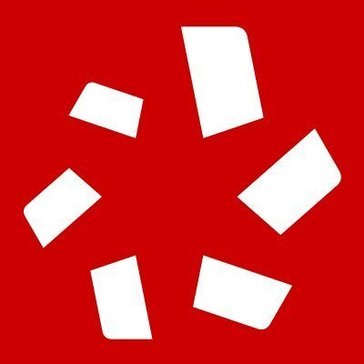