Update your English Homeworld 2 to version 1.1 with this update. Included are a number of fixes and features shown in the below.

a. Players will now be able to host and join games from behind NATs and Firewalls.

b. The whisper function in the GameSpy lobby no longer misdirects messages to the wrong recipients.

c. The number of players in a given game is now reported correctly.

d. Players can now ignore people in the Gamespy lobby.

e. Players can now whisper to a group of people in the Gamespy lobby.

f. The ignore list in the Gamespy lobby is now automatically saved.

g. The Whisper list in the Gamespy lobby is now automatically saved.

h. There is a new ‘Suppress’ button to the GameSpy lobby. This adds the ability to ignore the join / leave lobby messages.

i. Lobby chat has been updated so that private game chats will no longer being displayed in the lobby chat.

j. Game chat has been updated so that lobby chat won’t cause the messages to be lost anymore.

k. There is a new PRESETS button that creates a default setting for gameplay options, including CPU difficulty, open/closed slots, and CPU player colours. Settings are only saved to the profile when you start a game.

m. DirectPlay sessions are now closed asynchronously. This corrects the long wait at the end of a game.

o. Players that have been defeated or have dropped from the game are no longer listed in the diplomacy and chat menus.

p. A random race setting has been added to the race selector.

q. The game now looks in both data:LevelData\Multiplayer\

_Thumb.tga. It will be loaded as the preview image in the level picker. Unfortunately preview and loading images cannot be autodownloaded with the levels.

a. Using the rally to object command on a moving ship will no longer result in a crash.

b. If a ship is destroyed in the frame before it executes an order, the game will no longer crash.

c. The game will no longer crash due to rapid switching between tactics.

d. Matrox Parhelia users will no longer experience loading crashes after installing the latest drivers for their cards.

a. Probes and scouts no longer attract mines when passing through mine fields.

b. Defense fields will no longer stay active after the frigate that generates them has been destroyed.

c. Scouts with the EMP upgrade will no longer lose their ion trails after using the EMP attack.

d. Fighters can no longer undock while the carriers are in hyperspace transit.

f. By using hyperspace gates platforms can be issued more than one move order.

h. Players can no longer hear ships outside of visible range.

i. Research abilities that are transferred when ships are donated no longer stays if the ship is transferred back.

j. Ships that are docking or being built no longer cause ships already docked to launch when the ship hold is full.

ii. Start positions have been updated on the multiplayer map Shields.

a. Hull defence guns (located on Vaygr and Hiigaran Carrier, Mothership, Resource Controller, and Shipyard as their main weapon):

ii. Hull defence guns have increased accuracy vs. Corvette (from .4 to .45).

i. Platform controller build time increase (from 30s to 70s).

iii. Ion Platform accuracy vs. corvettes and fighters has been decreased (from 10% to 4% for fighters and from 8% to 4% for corvettes).

iv. Ion Platforms Penetration vs. Corvettes and Fighters has been decreased from (from 100% to 1% vs. fighters and from 100% to 10% for Corvettes).

vi. Missile Platform research time has been increased by 45 seconds (from 60s to 105s).

i. Missile Corvette Damage vs. Platforms has been increased by 90%

ii. Pulsar Corvette Damage vs. Platforms has been increased by 60%

v. 5 second reduction in build time (from 55s to 50s) for Flak Frigate and Marine/Infiltrator Frigate.

i. Players unit caps will no longer be lowered when they load a game from the in-game menu.

ii. The shipyard is no longer listed as having two sensor spots.

iv. The Hiigaran Sensors Array textures are no longer inverted.

i. Bonus corvettes and bombers are now delivered 100% of the time.

ii. Destroying the station before destroying inhibitors no longer results in a lock up.

i. The Derelict Mover is no longer targetable by your ships.

i. Scuttling Dreadnaught will now cause the mission to fail.

i. Ships can no longer be led out of the area of play in pursuit of the planet killer missiles.

Update your French Homeworld 2 to version 1.1 with this...

Update your Spanish Homeworld 2 to version 1.1 with this...

Update your Italian Homeworld 2 to version 1.1 with this... 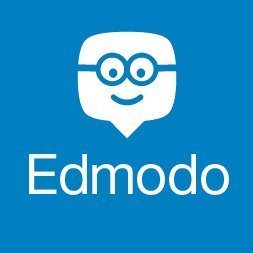 Software to connect students with guidance counselors, educators and advisors